This is a version of my entry to the “Britain in 2030” essay competition run by “Your Liberal Britain”. But because of their 500-word limit you lucky readers get about 50% more stuff!

Congratulations to winner, Lee Howgate, and all the runners up.

Now… I feel a vision coming on… 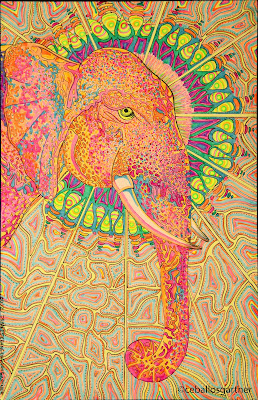 It is 2030 and Tim Farron’s Liberal Democrat-led government is seeking re-election after a remarkable if turbulent five years.

Sal Brinton, elected as presiding officer of the new Senate of the Commonwealth of British States and Nations, reflects on the three outstanding achievements of the Lib Dem Prime Minister.

First is the rescue of the economy from the disastrous protectionist experiment – the so-called “Trump Slump”. Freedom to trade and travel across 35 countries of the European Union has seen a flourishing of new ideas and new jobs. The young people who had felt their future torn away by “Brexit” rediscovered a new global sprit of Britain. The older generation have remembered that they actually liked going to Europe. True, the end of the pound was a high price to pay for readmission, and the process nearly foundered because of it, but the huge boost given to the economy by joining the Euro at such an advantageous rate has left many wondering at the “Project Fear” scare stories of the discredited Brexiteers.

Second was the healing brought about through the “Big British Conversation”, inspired by the way that new members of the Liberal Democrats in 2015 came up with new ways for the Party to review its goals and policies, which was the starting point for the constitutional reforms. For the first time people across Britain had felt that their ideas were being listened to, that they were in control of the outcome. Not everyone got what they wanted, but almost everyone felt the outcome was fair enough. The conversation has even been such a success that Ambassador Clegg is now being asked to help the Union roll out a similar process to rebuild the institutions of Europe.

Agreeing the framework for government devolution, instead of the haphazard approach that had resulted in a wildly differing powers from Scotland’s Parliament to London’s Mayor, gave people back the feeling they were all of equal importance to the country. Regional identities such as Cornwall, Wessex, Mercia, Yorkshire and Northumbria re-emerged when, after years of nationalist demands for an English identity, it turned out that there wasn’t one.

No one had expected Prince William to decline the throne, but no one was surprised when Kate Middleton-Windsor beat Tony Blair by a landslide to become our first elected Queen. Sean Bean had modestly laughed off moves to make him hereditary King of the North.

The axis of politics had shifted, from the old, backward-looking workers v capital left-right of the Twentieth Century, to the Twenty-First Century “Outward or Inward” of Liberal Internationalists versus Protectionists. The old two-party system had finally admitted it couldn’t cope, leading at long last to fair votes. While the right-wing Tories struggled on in alliance with former-Faragists in the newly-merged United Kingdom Conservative Party, some places saw up to four candidates competing for the label True Labour. Jeremy Corbyn remains leader of one of them. No one is sure which.

(As for Mr Farage, he was unable to take up the peerage offered him in the resignation honours of the last Tory Prime Minister as the House of Lords was abolished while he was still away on a six-month junket in America.)

Third, and in many ways most important, are the foundations laid for a future of opportunity.

Today, the Secretary of State for Sustainable Development Sarah Olney is at the ceremony to break ground on the first of four new fusion reactors, while Environment Secretary Liz Leffman cuts the ribbon on the latest tidal lagoon power plant and is able to announce that the Zero Carbon Britain target has been achieved. Health Secretary Norman Lamb will welcome the completion of the National Health and Care Service, and Home Secretary Caroline Lucas is widely praised for the latest figures that show implementing Liberal Democrat reforms to the drugs law has both cut crime and the number of people sent to prison.

On the World stage, Foreign Secretary Alistair Carmichael is at the United Nations getting them to agree to establishing no-fly zones and safe havens that will protect civilians threatened with war. He was right to resist calls to join further American military adventures, and instead we have pioneered the use of drone aircraft for delivering humanitarian aid not bombs. Meanwhile our forces in the Joint European Defence Initiative, led by Lord Ashdown, have now participated in four UN Peacekeeping Actions and rescued more than a million refugees from the Mediterranean.

Britain is getting back to work. British-made Jaguar-Tesla self-driving electric autocars are driving themselves to France, Germany, Italy and Poland. West Country Hemp is already established as a world leading brand. ARM holdings has bought out the remains of Apple, and are planning to launch a “retro” ZX iPhone. British and international cast and crew are filming Star Wars Episode XII at Elstree. People are working fewer hours but producing more, and Chancellor Ed Balls (International Labour) will announce the increase of the Citizens’ Income, sharing the growth in GDP.

We will build our success on openness to bold new ideas, to sharing our wealth, and on being part of the ever-wider family. This is now a Liberal Britain.


Alas, it’s only just over a month later, and this already seems shockingly naïve. The notion that we might somehow swerve and avoid the worst of Brexit and Trump Presidency has been shown to be hollow in the light of Theresa May’s Lancaster House speech setting out her 12-point plan for a hard-as-nails cliff-edge Brexit and a first fortnight from the new Administration in Washington that has seen a blizzard of executive orders and Constitution-baiting and plumbed new depths of deceit, from illusory crowd sizes to invisible walls to imaginary massacres.

Theresa May makes her plans if not clearer at least fractionally less opaque – and they are plans for a cold and cheerless tax haven Britain, lowest common denominator Britain without social care and a rundown NHS, where the Fat Cats can protect their assets and the just about managing just about can’t.

Now firmly in the claws of the Brextreemists, they drag her further and further to the exploitation right, seeming almost gleefully to desire the failure of our exit negotiations so they can go buccaneeringly alone, quite wilfully ignorant to the fact that we can’t just “adopt WTO tariffs” without the agreement of the WTO’s 169 members, one of whom is the EU.

And our non-opposition Opposition of Jeremy Corbyn is three-line-whipping his Labour rabble to support the Tories as Theresa takes her suicide-leap into the arms of the odious Trump.

And as Boris “punishment beatings” Johnson tells us that it trivialises the holocaust to compare Theresa’s fawning love-in with the man who has placed an actual White Supremacist in charge of America’s security with the rise to power of the 30’s iteration of Fascism, satire lies weeping and bleeding.

So what use is a fluffy little homespun future, when all about us the darkness gathers and the very worst of human spirit is in ascendance? All the use in the world, if it gives you hope.

History sometime rhymes in odd ways. After the Scottish Independence Referendum, the Nationalists were galvanised and swept to stunning victories in Holyrood and Westminster elections. I think a lot of people assumed the EU Referendum would be the same. Except the SNP lost that Referendum, whereas the Farragist Nationalists won on Brexit. And as in Scotland, oddly rhyming, it is the losing side that is now winning.

Support is coming back to the Liberal Democrats. Sometimes in very surprising places. We understand the big swings to the Gold Party in Remain areas like Witney and sensationally Richmond Park, but there are some even bigger swings in those Labour/Leave heartlands of Sunderland and Rotherham. This cannot just be a surge of Remainiac votes; there’s got to be some change of mind behind this.

Perhaps what united and energised the people in Scotland wasn’t crude “nationalism”; it was a sense of a bright future ripped away.

Perhaps what’s behind this change of mind, is a sense that this is not the change people voted for.

Stay strong, my fluffy lovelies, stay safe. Resist the urge to fight hate with hate. Though the darkness closes around us, there is still a hope of light. We will build that Liberal Britain. One day.
Posted by Millennium Dome at 6:44 pm 2 comments: