We were partying with the aristocracy of the Nineteen Twenties, and there was something unpleasant in the attic being kept hidden from the guests. How times change. In the future, it's being hidden in the basement!


The Year Five Billion. Strictly speaking, we were introduced to this distant future setting in "The End of the World", but that was a select gathering of the plus plus super-rich. Not that we aren't still moving in exclusive circles; clearly the patients who can afford the services of the Sisters of Plenitude are extortionately well-heeled, but New Earth broadens out the canvas from space-going party venue Platform One to, well, brave new worlds…

And finally… finally!... after a whole season of stories set on or very slightly abve our own planet, we get a World in new Doctor Who that isn't the Earth. It's called New Earth. 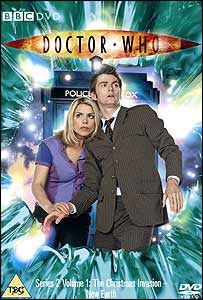 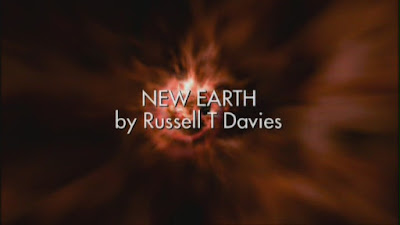 What Else Should I Tell You About "New Earth"?

My original review is here.

As part of the BBC's general attempt to broaden itself into new-fangled multi-media presentation, the 2006 series of Doctor Who came with mini-prequel episodes called "TARDISodes".

Unlike the Moffat era, these preludes, prologues and prequels tend to be more amuse-bouche than plot critical (except possibly the one for "School Reunion"), but they are a nice touch and obviously ought to have been included as VAM on the DVD releases…


5/10.
It's just too much of a roller-coaster between the slapstick and the Grand Guignol. And the Moffat-eqsue "everybody (not already dead) lives" ending is just plain daft. (To be fair: Moffat nicks "Did you miss me" from "The Christmas Invasion" for "Sherlock"). The cat make-up looks lovely, and the pre-titles with Mickey and Jackie and the last ten minutes as Cassandra reaches acceptance are from a much better, but darker episode.

"City of Death" – Doctor Who was very often funny, but very rarely an out-and-out comedy; when it tried the results were often… mixed (compare "The Romans", "The Myth Makers" and, er, "The Chase"). Season Seventeen, script-edited by Douglas Adams, was the nearest the show did to a run of "comedy", and "City of Death" is considered the apotheosis of the fourth Doctor's charm and whimsy. Even this is more "wit" than a string of gags.

"Partners in Crime" – A far more successful use of Russell's comedy cold open, reintroducing Catherine Tate as (new and improved) Donna Noble, the jokes are sharper, the performances tighter and the stakes are lower adding up to a much more enjoyable hour. 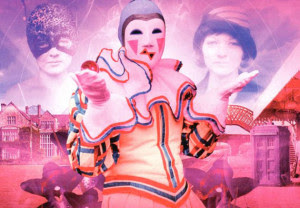 
From the upper crust of Agatha Christie-land to the Alpha Class of the Year Five Billion (and a bit); another mystery and another villain driven crazy by their looks. And some evil cat nuns.
Posted by Millennium Dome at 5:15 pm No comments: