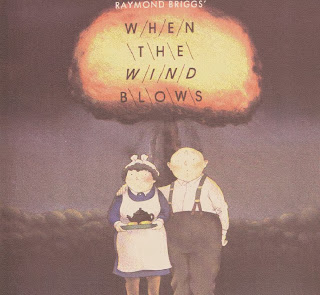 The prospect of a meltdown at a nuclear power station might be the stuff of nightmares, but it’s the meltdown in the housing market that is truly terrifying.
Posted by Millennium Dome at 5:00 pm No comments: 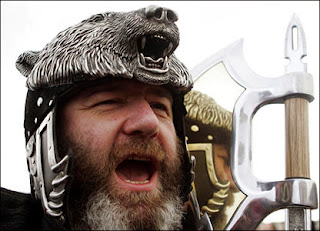 *Some might say turned out to be more of a Lemon others that he went native and became a Mandarin.
Posted by Millennium Dome at 10:00 am No comments:

Day 4658: Is Mr Cameron Laying A Trap for the Liberal Democrats?

Firstly, congratulations to the Daily Heil for granting Mr Milipede free publicity to totally overshadow the guff our pie-faced Prime Monster came out with at the climax to the Conservatories conference.

But to be honest, David Cameron – Mr Balloon – was probably grateful for anything overshadowing the uninspiring, reheated, frankly tired Thatcherite rhetoric he was coming out with. He looks like he’s decided the next election is a lost cause and he’s gone back to shoring up the base against UKIP

I mean “Land of Hope is Tory”? Are you really going to say that, Prime Minister? Really?

It’s like a line out of “House of Cards” (BBC version): Do you remember the bit where Urquhart (and we the audience) look on and mock at Conservatory conference as an Apprentice-line of Leadership wannabes troop onto the platform to deliver what they think will be the rhetoric to stir the troops to their cause. Like the Britain’s Got Talent without… no, actually, like Britain’s Got Talent. “It’s the right way… the right… way!”. Sad.

The whole conference has been conducted under a banner of “For Hardfaced Badwords”… sorry that should read “For Hardworking Families”.

(I remember the meeting with Cap’n Clegg where we were among Lib Dem members who had words with him about adopting that language – and to be fair, even then his idea of “family” was a broad and inclusive one, not the nasty narrow Conservatory prescription, but he accepted that it could trap him in the same frame and he’s worked hard to avoid it since. Liberal Democrats really can do better than this. Er.)

And there was Master Gideon, pumping up the housing market to the refrain of “I’m Forever Blowing Bubbles”, saying it was time to end the “something for nothing” culture. I look forward to his announcement that Inheritance Tax will be going up to 100%.

But it’s all such a long, looooong way from “Hug a Huskie” or “Let the Sunshine In”, isn’t it.

And of course we have to oppose this monstrous idea that people under twenty-five need to be “motivated” into jobs that don’t exist with the threat of homelessness and starvation.

But here’s the “trap” – can we really pledge to block that without reminding every young person in the country of the last pledge that we made?

Is Mr Balloon’s gambit that as soon as Cap’n Clegg raises this horrible policy, he will fling the tuition fees debacle back in his face and say: “well, you can’t trust the Lib Dems can you”?

In fact the policy is so obviously absurd that it almost look like it’s there as a pre-prepared sacrificial lamb for the next round of Coalition negotiations. We are going to have to make it very clear that dropping that policy is a prerequisite for walking in the door, or we’re going to be in the position of trading away something that’s actually important just to kill it.

In fact I’m wondering whether we don’t need one or two policies in the “you’ve got to be kidding” category ourselves – free moon trips for teenagers, perhaps, and fish-fingers and custard on demand for all Eleventh Doctor fans – before we get serious about abolishing ATOS.

Mind you, at this rate it will be Mr Milipede we’ll be negotiating with anyway. And the message for Mr Balloon? Shut Your Trap.

Posted by Millennium Dome at 1:30 pm No comments:

Email ThisBlogThis!Share to TwitterShare to FacebookShare to Pinterest
Labels: benefits, bitter old Conservatories, General Election, Mr Balloon, why are we in this coalition again, young people

Day 4657: If Theresa May Was A Terrorist – a Thought Experiment


This week Theresa May accused Cap’n Clegg of Hating Britain* for putting the Human Rights of terrorists and criminals above ordinary people.

That’s because Ms May does not understand that Human Rights are not to protect terrorists, they are to protect people who get called “terrorists”.

So, as an experiment, let us imagine that Theresa May is a terrorist.

It’s not that hard to imagine… she’s the head of an organisation that preaches messages of hate to frighten people, snatches people off planes for intimidation, targets certain people in the streets and, of course, occasionally shoots innocent people dead.

Er, okay, this is just a thought experiment, isn’t it?

Anyway, since Ms May doesn’t believe “terrorists” deserve Human Rights, then let’s see how well she does without them, shall we?

Let’s call her a “terrorist”.

Shouldn’t we have to prove that?

Well, a Fair Trial is one of her Human Rights, so I guess not.

So we’ll lock her up.

Oh, no we can’t do that because Liberty is one of her Human Rights… oh hang on.

But shouldn’t she be allowed to hire a lawyer at least?

Well, we’ll just seize all her money. No protection of Property without your Human Rights you see.

But we can’t just do that because of what she thinks… can we?

As it happens Freedom of Thought is another of those pesky Human Rights.

Isn’t she allowed to protest?

Aaaaactually, guess what, Free Speech is one of her Human Rights, so that’s gagged her too.

You can’t actually gag her though, that’s cruel and unusual!

But, since you mention it, Protection from Torture and Degrading Treatment is, guess what, a Human Right.

If you carry on like this you’ll end up killing her!

Funnily enough, I was just coming to that…

So Ms May, if you want to abolish the Human Rights Act, which rights don’t you want? It’s not hard; there’s only ten of them:


*Or was that was the Daily Heil.