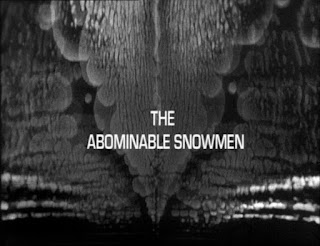 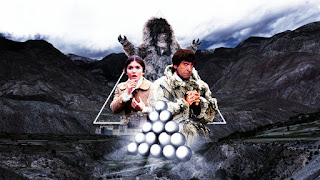 Posted by Millennium Dome at 5:15 pm No comments:


The Doctor is the lonely god, the last highest authority in the universe, meting out justice to Weeping Angels and Prime Ministers. And there was a War…

It is hard to underestimate the importance of the books written in the Doctor's wilderness years between "Survival" and "Rose". Often dismissed as the rantings of angsty teenage fanboys – and there is a fair old bit of that – they were also a hothouse of ideas, taking on the Cartmel Era's impetus to try out new and daring directions. And the biggest idea was that the Doctor's homeworld Gallifrey was heading into a war that would see it destroyed.

The Virgin New Adventures saw the Doctor's seventh incarnation (the one who looked like Sylvester McCoy) taking on – and taking down – various gods and monsters from "the Dark Time" in Gallifrey's deep past. With the arrival of an official TV eighth Doctor (however short-lived that revival proved to be) BBC books took the franchise back in house and started their own line and wanted to go in a different direction. The first few books were… not a total success with a readership that had become used to Virgin's more mature angle. But then, almost by chance, Lawrence Miles delivered an idea that would shape the entire arc of the BBC books, and – to everyone's total amazement – the TV series itself. 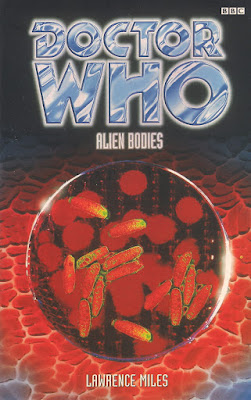 What Else Should I Tell You About "Alien Bodies"?

Well, it's a book not a television episode.

Doctor Who never stopped being made. It was merely that in 1989, rather like the Celestis turning themselves into Conceptual Entities, the Doctor changed from being a television character to one who existed in books.
The Eighth Doctor has appeared twice on our TV screens – once in 1996 in "Time Waits for No Man" aka "The Sensational TV Movie Starring Paul McGann" aka "Grace 1999"; and once in 2013 in "The Night of the Doctor". Suffice it to say that one of these is a work of quiet genius.

However, in between, he has had countless adventures in print as books and comics and on CD from Big Finish.

Arguably this give him three contradictory timelines (with the entirely-not-serious possibility that while the TV and audio Eighth Doctor regenerates into John Hurt, the books Eighth regenerated into Richard E Grant – see "Scream of the Shalka", foreshadowed in "The Gallifrey Chronicles" – and the comic strip Eighth regenerated into Rowan Atkinson – "Curse of the Fatal Death").

But, if you will accept a little hand-waving, and thanks to Doctor Eight's frequent bouts of amnesia, you can just about place them into some kind of an order: probably books first, Big Finish last.
(To make this difficult, in the books, the Doctor witnesses the destruction of Gallifrey. This leaves him with amnesia (again) and experiencing adventures in a Universe without Time Lords. But you can – just about – explain this as the Doctor getting trapped in his own future, thwarting Faction Paradox's attempt to overturn the events of "The Day of the Doctor", and doing something very clever to resolve the situation either in the stories "Time Zero", "Timeless" and "Sometime Never" or sometime after the last book, "The Gallifrey Chronicles", where he reveals he's worked out what's going on.)

"Cat's Cradle: Time's Crucible" – Just as "Alien Bodies" set the template for the BBC Books with a war in the future; Marc Platt, another genius author and the person who wrote "Ghost Light", sets the tone for the New Adventures with tales of Gallifrey's deep past.

"The Book of the War" – guidebook, short story collection, source material for a home-made universe, retirement home for Mr Shift? You can't really describe it; you have to experience it. The Book of the War takes all of the ideas expressed in "Alien Bodies" and adds a whole lot – including the City of the Saved at the end of the Universe more to give you a comprehensive starter in the Miles-Universe.

It's Christmas. What could be more spirit of the season than a proper religious retreat. With snowmen…?
Posted by Millennium Dome at 5:33 pm 3 comments: 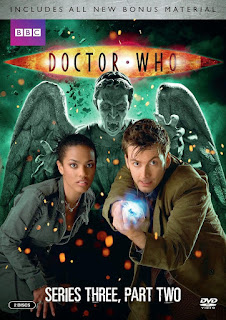 Once upon a time Doctor Who was a TV series. And then for a while it wasn't. And then it was again. But in between, came some of the greatest Doctor Who stories every told. Tales of gods and monsters and time-travelling archaeologists. Tales of the Dark Times. Tales of the Future. And among them, the origins of the Time War…
Posted by Millennium Dome at 5:15 pm 1 comment: 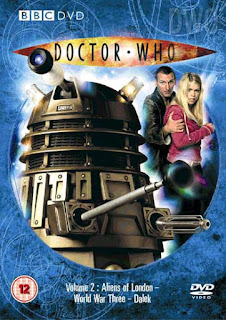 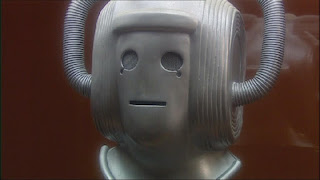