Day 4846: Joining the Blog Tour – a convenient way to make my excuses for where I’ve been…

Someday's you're just walking down the street and our of the blue a perfectly nice strangers say: "don't you write Millennium's diary?"

And the answer is: "Not so's you'd notice recently." And "Sorry!"

But then, quite flatteringly, I got invited to join The Writing Process Blog Tour, a kind of Internet chain letter between writerly types on the web. And I say flattering because there're some actual real quality people doing this.

The idea's a simple one. Each writer in turn answers four questions about their work and then pass the torch to someone else. My invitation came from Lawrence Burton, who is a friend and artist and author of the wonderful and remarkable Faction Paradox novel "Against Nature" which I reviewed here. He was also kind enough to create the cover art for my own book. 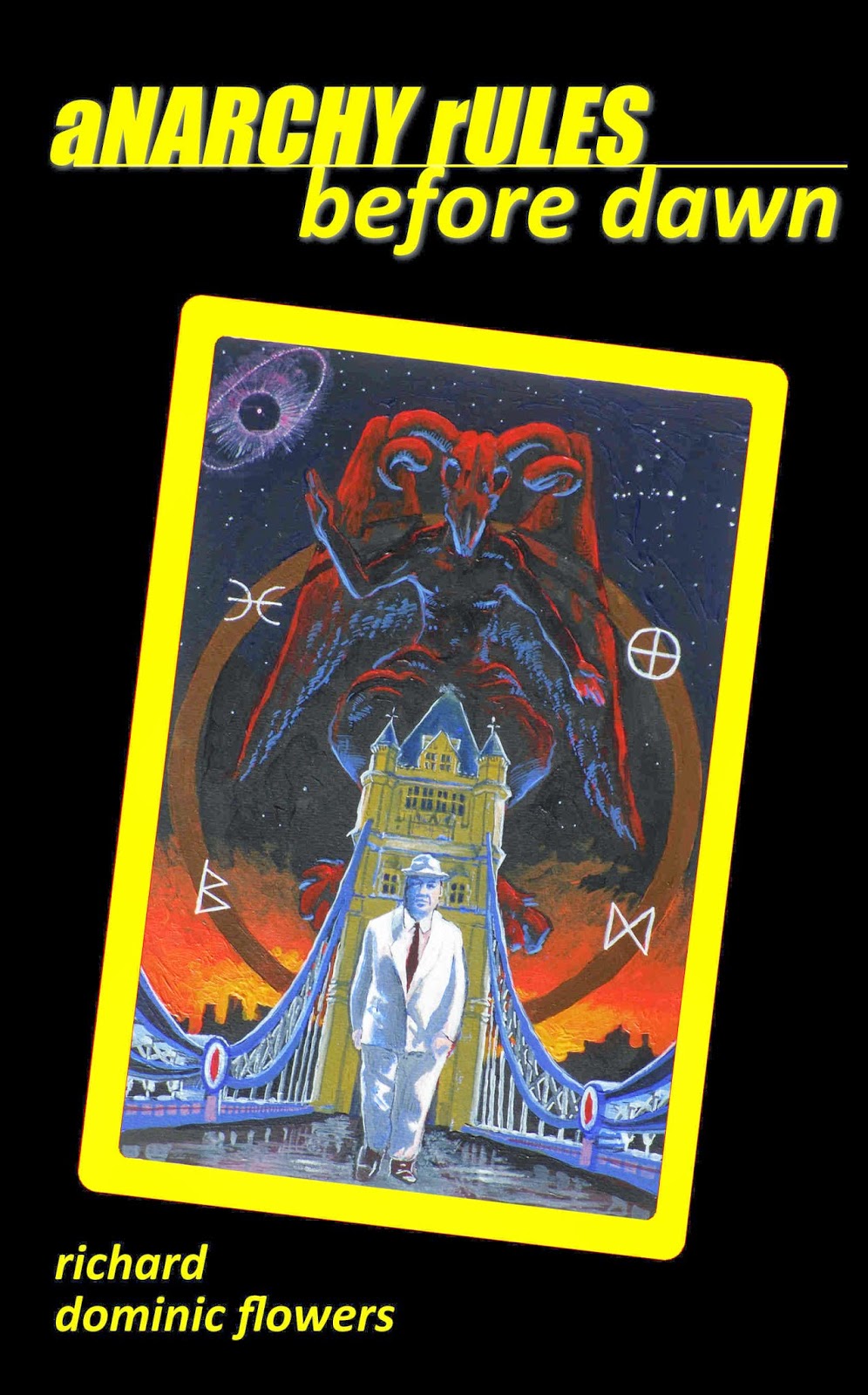 Previous entries on the tour are from Lawrence (obviously), Nick Sweeney and Sharon Zink and so on back.

And so this is me:

1 What are you working on at the moment?


I am writing an SF novel called “anarchy rules”.

Or to be more strictly accurate, the first volume, “before dawn”, is finished, and ready to publish, but most of the feedback I have had, while positive, has it as only whetting the appetite without delivering. And that’s fair enough, because it is very “prologue-y”. So I’m writing the second volume, “gods & men” (and occasionally parts of the third “there are no forevers”).

Volume two should start to have real story in it.

But, the bad news is it’s looking like being about twice as long as the first volume, so it’s going to take longer to finish. It’s about half done now.

The worse news is that I have a full-time job which is taking ever-increasing amounts of my time, so what I’m mostly writing at the moment is incredibly dull, because it’s a set of monthly accounts.

Should I have any time of my own, though, that’s what I’m doing.


2 How does your work differ from others of its genre?

You need to start by saying who I’m like, I suppose. The people who I admire, and I guess try to emulate, are the likes of Douglas Adams, Iain (with or without an M) Banks, Charlie Stross, Alan Moore, Neil Gaiman, Lawrence Miles… People with an incredible density of ideas on the page; people whose world-building is as vast and intricate as anything by Tolkien or Martin but whose starting point is a skewed version of our own sliver of reality.

But there is a tendency in this line to be a bit of a lefty, well just look at the list. Or worse, there are others who are full on Randian right-wingers. I’m trying to plough a Liberal furrow.

In practical terms, it’s all about stories within stories. The books are very much written as anthologies, seven short stories – ten to twenty thousand words apiece – within a framing device, and with other asides and spin-offs, that, as a whole, form a bigger picture: the first volume, say, the completed one is at its heart “origin stories for super-heroes gone wrong”. Then the three volumes together form a bigger picture, of order descending into chaos because you can’t give people godlike powers and expect that to end well. If it goes beyond that, there’s a bigger picture still to explore.


In a way, this question perplexes me, a bit like asking “why do you breathe oxygen?” Writing is as necessary as breathing and these ideas are the atmosphere I happen to be writing in.

My background, my student days as a mathematician, my politics, my partner, my preferred television – Doctor Who, the Avengers, Babylon 5 – the people who’ve inspired me (Andrew, Lawrence) and what they write about, the times we live in… all of these things combine to infuse me with the ideas that my stories are built out of.

I suppose there is a single overriding concept at the root of “anarchy rules” – I’m not going to say what it is because it’s part of that bigger picture to explore that I mentioned, so it’s not ready yet – but there’s a lodestone there that draws in the other ideas and sets them in their orbits, begins to accrete plot, and directs the overarching story.


4 How does your writing process work?

You start gathering lots of shiny things. Pop science, culture, faces seen in the street, news items… they are all sources of possible ideas, BBC Radio4 – now I’ve discovered a lot of their output is available as podcasts – is a terrific resource. And reading. Lots of reading. You’ve got to see how writing is done to know how to do it. (And then you’ve got to write a lot to work out how you can do it.)

Then from all the shiny things, you start to throw them together and see what sort of structure emerges. There’s an idea about a plot – that is a sequence of events that you’re going to hang this story around – but that’s actually remarkably fluid early on.

For each bit you write there’s direct research. Start on the Internet: Wikipedia (yes, afraid so) and Google Maps are incredible tools for the writer wanting to look quickly at a subject or a location. And again, your old fashioned actual books. More reading.

As you write, you start to get the feel of what your characters want to do, and that may be go off in a different direction than you thought. Keep on writing and connections will emerge that you weren’t aware of to begin with but you’d clearly been thinking of. You can trust to your subconscious a lot.

But also keep reading it back and don’t be afraid of chucking it out if it’s rubbish. Or just if it no longer fits. Keep the pieces, there’s always a chance you might be able to recycle them later. Keep writing stuff. Doesn’t matter if it’s crude to start with. Rereading it will give you the chance to hone your language. You can make sure your imagery and metaphors reflect and foreshadow once you know where you’re going to end up. Try not to write exactly the same thing twice. For me, I’m trying to show reflections, parallels, similarities in the stories, but time they do have to be slightly different every time.

I am, however, rubbish at finishing things. I flit from one story to another as bits of idea catch my eye. So there are seven stories to write and only one is finished. Another is getting nearly finished. A third was making good progress but hasn’t seen me for a while. The fourth is a framework, the fifth a skeleton, the sixth just a cloud of words and the seventh not even that, existing purely in my head as a location and a bit of a twist.

So in the meantime, here is a song…

You're welcome too to iron and ire
To furnace hot, and forge and fire
Far from the sun our tunnels run
To the house of pain that ends desire


Now I suggest you go and check out Mr Andrew while I try to rope some more folks into this tour larks!
Posted by Millennium Dome at 1:00 pm 3 comments: