Questionable Time on a day early this week, what is a fluffy elephant supposed to do? Anyway up, guests on the panel included the Lord Chancellor Lord Charlie Chum, Theresa "you may not" May, a crinkly old man from UKIP, Shami Chakrabarti of Liberty and old friend of the Liberal Democrats Mark Oatcake.

You may remember that a few months ago Mr Oatcake was in the contest to be leader of the Liberal Democrats that Sir Mr the Merciless won. Unfortunately, Mr Oatcake did not have enough support, so try and attract more attention to his campaign he had a SCANDAL, That didn't work out too well either, though, and he has gone very quiet since then because he has been trying to put his life back together.

Well, at least he WAS quiet until this month. It seems that he has put his life back together, even if he is still missing some of the pieces and it doesn't match the picture on the box any more.

Or, at the very least, he has finished transforming his image from this 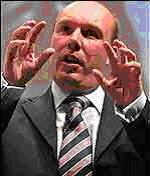 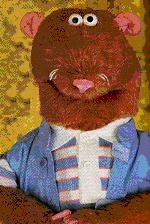 The good news is that ACTUALLY Mr Oatcake was quite good – by which I mean Daddy Richard only shouted "Populist Pilchard!" at the screen once when Mr Oatcake was talking. And there was only one question that descended into mawkish self-flagellation about "HOW HE DONE BAD". Believe me, this is good going!

Much more interesting was watching Ms Charming Shakrabati, or more accurately watching her BODY LANGUAGE. Because it seemed that half the time she was turning away from the audience in order to address her answer not to them but directly to Mr Oatcake.

I was strangely reminded of all those novels by Jane Austin where the heroine would rather fight and squabble with the hero than admit her inner feelings! Obviously, in this case Ms Charming is Elizabeth Bennett and Mr Oatcake is… well, not Mr Darcy, but maybe Mr Darcy's gerbil trainer.

Now, one explanation would be that Mr Oatcake's new whiskers possess the strange power of pheromones, those subtle alluring chemical scents that spell LURVE… so that can't be it!

No, it seems more likely that it is not Mr Oatcake in person but what her represents that is inescapably attractive to Ms Charming. Yes, she wants to get into bed with the Liberal Party but cannot do so, just THINK of the proprieties! Oh Mr Bennett!

On the one fluffy foot, this is a shame because Ms Charming would be a TREMENDOUSLY good (and LIBERAL) Liberal MP.

But on the other fluffy foot, she is probably able to do more as director of Liberty than she would be able to do in parliament.

Now, if only we could get over the need to SPAT with each other every time we meet at the dance!
Posted by Millennium Dome at 6:42 pm