Day 2042: Adverts, without the Advertising

Apparently, there is a new drink of FIZZY POP from the Coca Cola people.

Daddy Alex has reminded me of the LAST TIME that they tried to bring out a new drink with nothing in it: it was a special brand of WATER that was called TAP WATER. Unfortunately, it turned out that this was not very good to drink and the entire project went belly up. And so did some of the people who had DRUNK it!

It is good to see that the people from Coca Cola have bounced back! 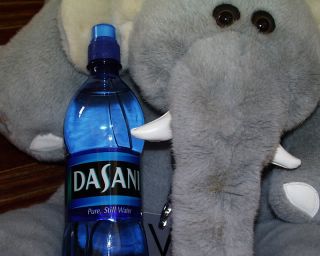 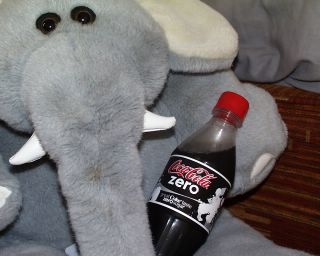 And now the blind taste test: this is EXCELLENT. I have added THREE spoonfuls of SUGAR to mine and it almost tastes like proper coke!

On the other fluffy foot, I think that their ADVERTISING campaign could probably have done with a few MORE calories in it!

If you have not seen it, do not go out of your way to do so. It involves an anonymous numbskull comparing the benefits of a low sugar FIZZY DRINK to having a girlfriend to whom he does not need to give money.

Worse, he is joined by a legion of similarly minded GIMBOIDS with their pretty rubbish petty niggles about the SWISHNESS of their glossy, fizzy-pop driven consumer lifestyles.

"Mobile phones without annoying ringtones", says one – like these gimps aren’t all the sort to have downloaded “theme from the world cup”.

It is difficult to know who this advertisement is aimed at. On the surface it seems to be saying: "Oi, young men! Tired of life’s trivialities coming fitted with little drawbacks as standard? Console yourself with this drawback-free sticky almost-flavoured coloured syrup!"

But in order to put this across, it seems to feel it necessary to say: "Oi, other viewers! Aren’t these young men cheap, stupid and self-centred!" Like the target-market young men WON’T NOTICE!

Advertising tends to come in WAVES of lots of adverts that all look alike. A few years ago, after TERMINATOR TWO (No, not Lord Blairimort yet) did MORPHING for millions of dollars, some awfully clever people at the BBC realised that they could do the same effect for five pounds by rewiring their TOASTER. And suddenly all of the adverts on the telly had lots of (cheap) morphing in them.

Now, thanks to THE LORD OF THE RINGS, computers can be quickly and cheaply used to make a few extras look like a whole ARMY of goblin hordes (or fizzy-drink drinking GIMBOIDS), so I suspect we will see lots of this sort of thing for a while too.


Meanwhile, just how many MILLISECONDS did it the focus group to come up with a name when the big rivals of PEPSI MAX told them they were bringing out the exact opposite product?
Posted by Millennium Dome at 5:12 pm

My examination of the back of the bottles whilst in a queue seem to indicate that there is no difference between Diet Coke and Coke Zero, other than one is for women who like to look at blokes with no tops on and one is for blokes who like to act like twats.

My Daddies say they are blokes who like to look at blokes with no tops on.

Can you advise me on what sort of FIZZY POP I should get for them?