A story set entirely within, as you might guess, the TARDIS. Ideas about conceptual space, non-human intelligence, alienation… and the dangers of running with scissors. An exploration of the dynamics that take place within the TARDIS crew. Or possibly, how to pad for two episodes when you thought your contract was going to be up after 13 weeks before anyone had seen Dalekmania… 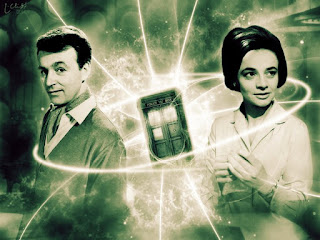 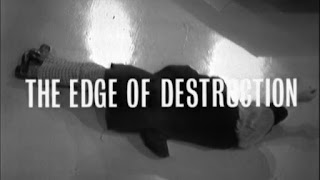 Ten Reasons To Watch "Inside the Spaceship" (warning: spoilers lower down the list)


1. The original TARDIS crew. In spite of being called "Doctor Who", the Doctor is not – solely – the central character of the series when it begins. Instead it is a team affair, with our human viewpoint characters of Barbara and Ian supplying the heart and logic (as well as handy factoids from history or science in keeping with the series' original "educational" remit). The Doctor's importance is more in the way his chaotic behaviour drives the plot: he causes things to happen, rather than resolves them. Never more than here, where it takes the humans to work out that the ship has something it is trying to say.

2. In particular, Barbara. Jacqueline Hill is magnificent, playing Barbara on a knife edge of losing it, as the Doctor and his timeship appear to be conspiring to drive everyone aboard insane. The scene where she tears him a new one for his unjust accusations (which, handily, plays over the DVD menu so you don't even need to find it) is one of the series' great moments, especially since it's a celebration of the ordinary human over the alien genius. 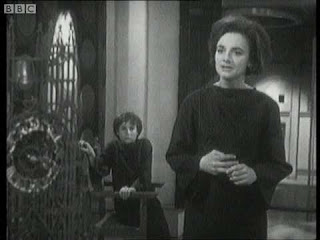 3. And the fact that she's still simmering with hurt and anger at him at the end of the adventure, even as the wily old bird tries to charm her – and at the same time slyly tries to steal some of the credit for their survival, by saying (lampshading the metatext) that his accusations were the spur that drove her to find the real cause of the disaster – is very human. It's for scenes like this that people think it's from his companions that the Doctor learned his humanity.

4. And speaking of his humanity, the Doctor's character does get a bit of reboot here. With their memories taken away and returned seemingly at random (and apparently the ship's first attempt at communication – a white out "explosion" that post-facto we might call shouting through the telepathic circuits – knocking them all out and leaving their empathy fritzed) the first episode has the crew take turns in rediscovering their character. This leads to the Doctor becoming the most alarmingly paranoid and hostile that he's been since the pilot (where he was so scary they redid the whole episode). Notice though, that this is now allowed to be him "out of character" so that when the 'fluence leaves him, he can be a kinder, gentler travelling companion. 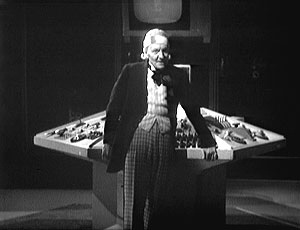 5. Mind you, quite a lot of this plays out as Brechtian experimental theatre. In fact, it's probably the most theatrical Doctor Who story of all time, with one set and four characters.

6. Except there's something in the box with them. The particular paranoia that takes hold of everyone is that they are not alone in the ship. Susan seems particularlyaffected; which will tie in later with more hints of her a-bit-more-telepathic nature (it's a great turn from Carole Ann Ford, channelling her inner Carrie). And of course they turn out to be correct, because the ship itself is the intelligence. 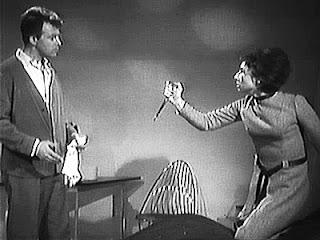 7. The fifth member of the crew – because in fact there is another character her here, though she does tend to be gendered that way, in the shape of the space of the Doctor's timeship. We explore the inner spaces in new detail, with its bedrooms and food machine and talk of its power under the console. The idea that the TARDIS is a space for living in then translates into it being a living space.

8. and magical since you mention it: David Whitaker who wrote this was never much of a scientist, but he loved the ideas of alchemy. That's why mercury – quicksilver – is so important to the function of the TARDIS. You can construct, if you like, a system where the four companions are not just a family-friendly non-traditional family unit, but a table of the classical alchemical elements: the combustible Doctor is Fire; mysterious Susan is Air; emollient Barbara is Water and dependable Ian is Earth – which makes the TARDIS the quintessence, the hidden "fifth" element that brings the other four together. 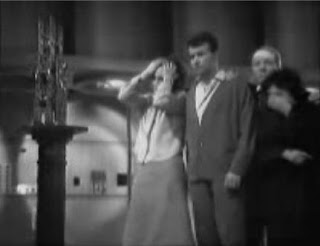 9. The fact that the TARDIS is alive, even if only in a sense that we don't properly understand, will inform and subtly alter the entire trajectory of the series. I'm not talking about the Time War era Human-form TARDISes that appear in the books, or even the events of Neil Gaiman's wonderful "The Doctor's Wife"; but the fact is that the Doctor has to travel by co-operation, not just mechanical correctness. The wonders of the Universe necessarily have to be shared.Without this essential symbiosis, would the creators have even thought of doing something as radical as regeneration?

10. And is the fault locator actually a part of the standard TARDIS kit, or is it something that has been installed because the Doctor nicked the old girl from the TARDIS repair bays?

What Else Should I Tell You About "Inside the Spaceship"? 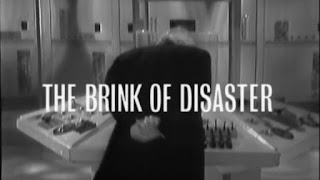 Doctor Who is a series of stories in 4, 7, or 2, or going forwards in 1, 3, 6, 8 or 10 or even 14 episodes. But the first 118 episodes of Doctor Who (and all the ones from 2005 onwards), although they have individual titles, have no on-screen story title. So someone had to make them up. Terrance Dicks, fan-favourite author of the The Making of Doctor Who and a huge chunk of Doctor Who novelizations, was the first to have a go in a widely circulated "official" way no, in fact, but the first to have a go in book form, and mostly used the title of the first episode ("An Unearthly Child" / "The Dead Planet"), or occasionally the last("The Keys of Marinus").

But then, sometime in the Nineteen Eighties, Doctor Who magazine researcher xx was going through the BBC's paper archive examining old scripts and production notes and from those constructed or reconstructed the "proper" names for the early serials. They were, it was announced, "100,000 B.C.", "The Mutants" and "Inside the Spaceship".

Now, anyone with a passing knowledge of the series, in particular what Jon Pertwee was doing on Solos in 1972, will spot a problem with one of these. And insisting on that title in the face of the flagrantly obvious is rather daft. But more than that, "An Unearthly Child" "The Dead Planet" (or even just the descriptive "The Daleks") and "The Edge of Destruction" are not just better titles, more exciting more evocative, they're the ones you will find on the DVD shelf.

Which makes it even more annoying that Panini are putting out their Complete and Utter History of Doctor Who using those titles which potential viewers will then not be able to find. Sigh. (Count the number of times they use the titles just on the introductory page if you doubt how defensive they are about this.)

So why do I use "Inside the Spaceship"? Well, wilful perversity springs to mind. I tend to call the first story "An Unearthly Child" (though I might be persuadable that episode one is "An Unearthly Child" and episodes 2, 3 and 4 are "100,000 B.C."; or I might not, as they do form a stronger tale as part of the story that begins in Coal Hill) and the second story "The Daleks" (or occasionally "The Daleks: The Dead Planet"). But, being in two parts and both parts being well balanced in the story, "The Edge of Destruction"/"The Brink of Disaster" (to give its name Twenty-First Century style) is… just too long.

7/10.
Interesting as the ideas are, it is quite slow. We're being led rather gently by the hand through the process, in a way like teaching us the etiquette of television that the modern series just takes for granted. Oh, and the cause of it all is infamously bathetic.

If You Like "Inside the Spaceship", Why Not Try…

"The Mind Robber" – the acme of the "weird sh**" episodes, the TARDIS explodes and leaves us adrift in the text. Literally.

"The Doctor's Wife" – "this was the time when we talked"; beautiful and elegiac, capturing Neil Gaiman's touch with magic and the perfect sense of why Doctor Who does what it does.


Alex is watching "An Unearthly Child".

The first episode is pure television magic: a mystery wrapped in an enigma stuck inside a police box.

But don't be put off the rest of the story: stagey cavemen they may be, but think about how it's a comparison of the Tribe to Ian and Barbara as Ian and Barbara are to the Doctor and Susan and see how that rounds out and explores the Doctor's reactions and actions in the first episode.

Before Cybermen, Doctor. Ever since Skaro, where you first met the…
Posted by Millennium Dome at 5:30 pm

Email ThisBlogThis!Share to TwitterShare to FacebookShare to Pinterest
Labels: Doctor Who, Doctor Who 52, Inside the Spaceship