Bit of a flashback/catch-up today, but it does follow on from what I was saying yesterday about what the next Leader of the Liberal Democrats will need to do.

Back on the day of the first Tory Queen Speech in almost two decades, Auntie Caron asked Liberal Democrat Voice's readers to suggest their own bills for a Liberal Queen's Speech.


So, I came up with half a dozen ideas, pretty much off the top of my fluffy head. Auntie Caron was kind enough to include one of them (and several others were already covered by other cleverer fluffy toys)!

In coming up with these Bills in particular, I wanted to address ideas that would be clearly LIBERAL (and not ones that either Hard Labour or Conservatory Parties were likely to come up with) AND that would make genuine and TARGETED differences to people in need.

(And of course I've included one on voting reform because, not only is it now more vitally necessary than ever to have a Parliament that reflects the genuine spread of people's opinions – whether it's us, the Greens, even moderate socialists… even the Kippers(!); and to stop Conservatories and Hard Labour from all parasitizing votes off all of us – but if there's just ONE thing people remember about us – one thing that isn't the godawful mess we made of tuition fees, that is – then it's PR.)

There is a case to be made for a Government committing to what Sir Humphrey once described as "masterly inactivity": the Coalition made many changes, particularly to the NHS and to education, and doing nothing would allow those changes to "bed in" while giving nurses and teachers some respite from change for change's sake, and give Government the opportunity to observe and gather evidence for review.

And if we were still IN government, I'd certainly warm to that idea. Hard Labour's accusation of last year being a "zombie parliament" just because the Coalition was not intent on keeping up a blizzard of legislation never appealed.

However, having just fought the general election campaign on a platform of "no change, everything's fine" – and remind me, how exactly did that work out for us? – we are now NOT in government.

And a Queen's Speech is a political event, and that means making political statements: we have to jump up and say we would make things DIFFERENT.

UNITED KINGDOM PARLIAMENTS ACT
The Parliament installed as a result of the 2015 General Election so manifestly fails to represent the votes cast by the electorate that it is now of vital urgency that we replace our Nineteenth Century constitution with one fit for the Twenty-First Century. To this end, a Liberal Democrat government would empower a people’s constitutional convention – after the model that successfully developed the Scottish Parliament – to decide on a fair way of deciding who governs Britain.

HUMAN RIGHTS ACT
A Liberal Democrat government would celebrate the 800th anniversary of Magna Carta by reaffirming Great Britain’s commitment to the Human Rights and the European Court that were created under the guidance of Winston Churchill and the other leaders after the defeat of Nazism.

Measures will be introduced to increase Freedom of Information and to increase citizens' protection from abuse by government, including the abolition of the Regulation of Investigatory Powers Act, and a Digital Freedoms Bill to protect citizens from hacking and snooping.

CONTROLLED SUBSTANCES (DRUGS DECRIMINALISATION) ACT
A Liberal Democrat government will adopt a sensible, scientific evidence-based approach to control, monitoring, and treatment of drug use and misuse, based on the positive outcomes resulting from the changed approach in Portugal.

Funds currently wasted on the futile “war on drugs” can be transferred to more productive policing. The government will review legalizing the medical (and possibly recreational) use of cannabis.

UK PRISONS (ABOLITION OF SHORT SENTENCES) ACT
British prisons are extremely overcrowded in spite of falling crime and evidence shows that short sentences do nothing for rehabilitation and only introduce prisoners to hard drugs and more serious criminals. A Liberal Democrat government would therefore, with immediate effect, abolish all prison sentences of under one year in length to be replaced by programmes of reparative justice that have been shown to be more effective.


EMERGENCY AFFORDABLE HOUSING AND RENTS ACT
There is a critical shortage of housing in the United Kingdom which is damaging our economy by sucking capital into houses rather than investment and shutting people out of buying or renting homes near to where they want to work or where their families live.

A Liberal Democrat government would: immediately begin building more housing concentrating on new garden cities and renovating disused sites in cities, raising government borrowing but only where future rents can cover the interest; reverse Tory policies of Buy to Rent which have seen further reduction in the public housing stock and prevent further sales of public assets until the housing stock has been restored to sustainable levels; examine ways to outlaw the practices of holding large “land banks” rather than developing new housing, and keeping homes empty as “investments”; and bring in rent councils with the powers to reverse unfair rent rises or evictions.

CLEAN AIR / CAR ELECTRIFICATION ACT
The state of the air in our cities is among the worst in Europe and the only long-term solution is to replace the internal combustion engine with new, clean, green technologies.

A Liberal Democrat government would therefore begin research into the necessary changes in infrastructure to make this possible – e.g. greater generation of electricity; provision of charging points in homes and on street in addition to regular charging stations; changes to taxation.

Initial reporting to take place within one year with a view to – if evidence shows practical – trials before the end of the Parliament in two English cities (not London) and negotiating with the Scottish Government and other devolved authorities for similar joint programmes.

EDUCATION AND SOCIAL MOBILITY ACT
Under the Coalition, Liberal Democrats invested heavily of both our political capital and the little actual spending that we were able to wring out of the Tory Chancellor in targeting Education: both the pupil premium and the delivery of free school meals to early years pupils were targeted at redressing the balance and giving the best possible start in life to people who would otherwise be – by the age of six, even – left behind by their better-off peers.

To continue that investment, we would raise funds from better-off schools by removing the charitable status of fee-paying schools and spend that money to increase the number of years that free school meals are provided, and substantially to increase maintenance grants for university undergraduates, to allow them to use their time to study, rather than having to work part-time to feed themselves.

We would continue to maintain government spending on sciences. Additionally, as part of the BBC Charter renewal, we would seek to agree an increase in the licence fee in exchange for the BBC establishing apprenticeships in the arts and creative/productive industries.

I would also add a couple more to the list.


ASSISTED DYING BILL
Broadly speaking I do not, in fact, want people killing themselves, and I am deeply troubled that the largest cause of death among young men in the UK is now suicide, not to mention the way that this disproportionately strikes at the LGB and particularly T community. But as a Liberal it is not my place to deny choice to other people. It would be my hope that through a more mature consideration of the end of life, and openness about it – and a much greater openness to using medical cannabis and opium-based pain relief; and much greater care and much less stigma put into mental illnesses – we would see fewer people suffering but also actually fewer people choosing to end their lives.


ABOLITION OF VICTIMLESS CRIMES BILL
(an idea of Daddy Alex's, and a very good one, that would cover the decriminalizing of sex-working that Jade O’Neil in Auntie Caron's list proposes).

We put too much legislative effort into banning things we think are bad and then even more effort into criminalising people for doing things we have banned. We need to let go of this overwhelming desire to control others before ourselves. Among the first principles of Liberalism is the "Harm Principle" from "On Liberty" by John Stuart Mill and Harriet Taylor, and it is worth quoting here: "the only purpose for which power can be rightfully exercised over any member of a civilized community, against his will, is to prevent harm to others."

(Since I wrote these, and since the Queen's speech, Mr Norman has also made some substantive proposals on reducing prison numbers, while Conservatory Mayoral hopeful Mr Zac Goldfinger has called for an electric car revolution in London. So I'm clearly surfing the zeitgeist here!)


I think that between six and eight bills is enough to get the point across without becoming too much of a shopping list. But reviewing my suggestions I think that they are not very well BALANCED between the areas where I believe we should be targeting.


As a reminder: these are the FOUR areas where I said yesterday I think we need to be campaigning:

Three of my proposed bills, and both of my "extras", fall under "1"; whereas housing and clean air are both "Wellbeing" without substantially talking about either Health OR Social Care.

So there's clearly some work to be done.

Therefore (if I can keep this new spurt of writing going!), next time I'd like to talk some more about taking the fight to those people I named as our natural enemies, the Home Office; and then share some thoughts about a Liberal Economy and the longer term direction for the Party and the country.


PS:
Today is the memorial in Glasgow for Mr Charles, our much loved former leader. 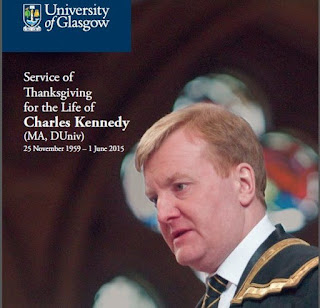 Thoughts go with his family and friends.
Posted by Millennium Dome at 6:30 pm

I think the problem with the victimless crime bill would be in the definition of its limits - i.e. how do you define "harm to others"? Would it, for example, mean a repealing of the law against driving while not wearing a seatbelt? And it should be noted that a true bill of this kind would completely negate the need for the "controlled substances" bill, given that the manufacture, acquisition, possession, and use of any substances should be legal, although the supply and distribution may not be depending on the substance in question and how much autonomy the person taking the substance is credited with under the law.