I've been talking about the leadership contest between Tim Lord Tim and Mr Norman Conquest.

But the Liberal Democrats aren't the only Party to find themselves in need of a new leader. And it makes me realise just how VERY lucky we are – even after the disaster of May – still to have two candidates with two brains between them!

We watched the hour-long Newsnight hustings with the four candidates for leader of Hard Labour and I swear beyond the nebulous and vaguely-xenophobic call for "controls on immigration" there wasn't a single mention of policy from any one of them.

And is THAT mug, really the thing they want to take away from the 2015 manifesto?!

Instead, what was striking was how all of them (ok the three of them who are "serious" candidates) were snaffling freaking great chunks of… the Liberal Democrat 2015 campaign!

Yvette "the Snooper" Cooper was the first out of the traps to claim she wanted a "stronger economy and a fairer country" (nearly right, there, Yve) but very soon Liz "Tony Blair in a Wig" Kendall was all over our positions like a particularly Blairite rash. And even Andy "Crash and" Burnham wanted a country where "everyone can get on".

First: our campaign "Look Left, Look Right, Then Get Mown Down By Oncoming Traffic (Mr Balloon's Bentley and Nicola the Insturgent in a yellow three-wheeler)" did even less well than Labour's "Oh Go On: Vote for Us, he's harmless".

Second: it's not entirely clear if there actually ARE any voters to target in the mushy centre; liberal voters seem to have stayed with the Liberal Democrats; the ones that Labour gained and then lost in their deservedly-doomed 35% strategy seem to have been the "protest" voters who supported the Lib Dems as anti-establishment outsiders in 2010, but moved to UKIP or Greens in England, or nationalists in Wales and by a long way Scotland. The people Labour seem to be after now – voters who were frightened into voting Conservatory by the thought of the SNP – would surely be the very people who given the choice between Conservatory and Conservatory-lite will chose the genuine brand because they know the real Conservatories know how to do it.

How it looked on the tellybox:

Andy and Yvette were sat at either end like particularly smug bookends.

Yvette, campaigning as the compromise candidate between a vacancy and a waste of space, was trying to be as "mumsy" as possible – as mumsy as you can be with a Mother of Dragons reputation for wanting Home Office policy to start at roasting immigrants alive, before going on to do lots of nasty things to British people too – snooping, banning, locking up without charge, feeding them to the flying lizards if their still hungry…

Andy gabbled on at great length given the slightest opportunity. Or even sometimes when he wasn't and had to be put on the naughty step by Liz.

Liz, in between, kept talking slowly and deliberately, as though she was a supply teacher trying to manage unruly five-year-olds. (She knows her audience, then.)

Jeremy Corbyn was a BIG disappointment. We had been promised that he had been hoisted into the ballot by people wanting to "hear the debate". It would have been helpful if he'd actually had some debate to contribute. Where were the fireworks? Where were the calls for big ticket renationalisations, nuclear disarmament, abolition of academy schools or introduction of 94% squeeze-the-rich tax bands? Maybe he wasn't on his game. Maybe he was just looking forward to getting back among real friends at the anti-austerity rally at the weekend. But in a contest to decide Labour's future – or even if it HAS a future – he seemed quite content to sit quietly in a comfort zone in the past.

Early on he mentioned Iraq. And it's true that Labour has never really confronted what they – collectively – did over Iraq. But just condemning your own side for that disaster does not amount to much more than trying to have your cake and eat it. "Hard Labour were awful; I believe in the Hard Labour Party as the only Party of goodness." And presumably – to quote that other lefty Jeremy, incumbent misery of the News Quiz Mr Hardy – he sees no contradiction in that. There's a genuinely hard question here for Corbyn and others, like Diane Abbott, who were anti-war but remain in the Labour Party – namely: "how do you even justify that? What possible good does supporting Labour do that outweighs all those deaths?". But to Labour's shame it seems that raising Iraq is greeted with rolling of eyes and groans of "not that again, grandad". They know he's not serious about it because he never resigned the whip, so why treat him or the issue seriously in return?

If anything, Corbyn felt like a flashback even further – to the Eighties. And not even the good Eighties; the wet-flannel years of Neil Kinnock when the red flag was lowered in favour of the red rose, and Labour were content to be a protest movement.

But we know – and he knows – that he's not in there to "contribute" but instead so that Labour can say they've "heard the debate" and the left wing ideas (if they ever get voiced) have been "democratically" voted down and can we get on with trying to outflank the Conservatories from the right now, please.

They all remained in total denial about the deficit, trotting out the same old flim-flam: "Labour's overspending didn't cause the crash" – so fluffing what? The austerity was a direct economic consequence of losing 20% of the government's income; if Labour had been spending less, the cuts would not have been so severe and we'd have had more room to manoeuvre on borrowing. That's not monetarist (nobody's a monetarist anymore, whatever Mr "Eighties" Corbyn thinks or says); that's simple Keynesian economics, which Labour supposedly believe in. Labour would not have done anything differently, they know it, they know they were in no position to, and it hamstrung their every attack during the Coalition and yet at the same time prevented them arriving at any alternative thought either.

They ought to have SOMETHING to say on the economy.

I do not subscribe to the "blame Ed" excuse that Mr Milipede did Labour a disservice or behaved dishonourably by resigning once his defeat became clear instead of sticking around to be an unloved piñata while the rest of them got their act together. It is NOT unfair to expect candidates at this level to have SOME idea of how they would steer Labour's policy.

It is EXTREMELY clear that BOTH candidates for the Liberal Democrat leadership HAVE invested thought into policy and strategy and are coming out with excellent ideas. That's why OUR leadership campaign is inspiring people and Labour's is an hour of the dullest television in history.

Those Labour leadership contenders in full: 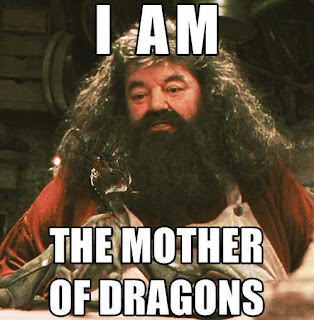 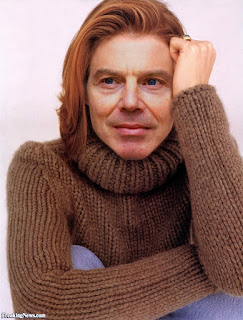 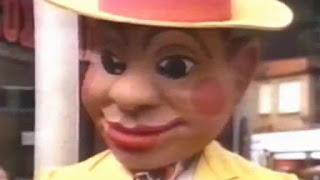 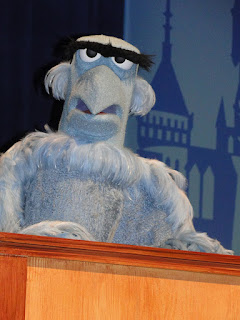 Posted by Millennium Dome at 5:30 pm