We’ve been looking at Daddy Richard’s campaign to be the Lib Dem candidate in Cheadle, with his speech and literature.

But this is the MODERN age of Internets and newfanglery.

There are new ways to talk directly to the members and voters.

So, because of the low spending limit, we cut our campaign to the cloth allowed, and instead of producing a second colour leaflet, turned it into an email manifesto.

Let’s be honest, it’s a bit too long to be an email. It makes a rather better blog post… which gives me a really good idea!

More and more people are agreeing with me that we need a campaign built on principles not just potholes.

I've been talking with members of Cheadle Liberal Democrats about our Liberal Values, members who joined us because we took a stand, from Iraq to I.D. cards, from climate change to Brexit - and when we take a stand our values stand out.

Let me give you seven words about Cheadle that show how our values connect to people. 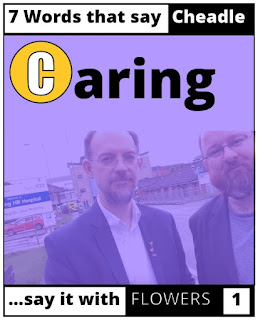 Freedom from illness. Fair treatment for everyone, free at the point of need, including mental health treatment. And fair taxes to pay for a Future for the NHS and social care.

This is Stepping Hill. My husband Alex was born here. I've talked with nursing staff, they are some of the most caring and dedicated people I've ever met.

But the NHS is in constant crisis and reports show Stepping Hill is failing because of short-staffing.

Stockport Together is going to be one of the first trials of bringing health and social care together. But the Care Quality Commission say that the project has been left in confusion since Labour took over. And the Labour Council have cut over £700,000 from mental health care in Stockport.

This is why it’s so important that Liberal Democrats take back control of the council. 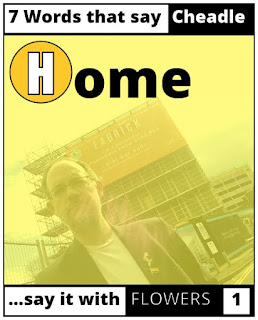 The Freedom of living in your own home, building a Future for your family. The Fairness of affordable homes to rent or buy.

I grew up round here, moved to London for work, and came back to make a home with my husband. Four years ago this week we got married at Stockport Town Hall. That’s a very personal way that the Liberal Democrats made my life better, by changing the law so I could marry the man I love in the town we love.

Everyone should have that chance to enjoy the quality of life in the North.

But Stockport is under pressure to build new homes, pressure from the long-delayed Greater Manchester Spatial Plan and from Tory-run Cheshire East’s plans at Handforth Dean, which I've campaigned on in Bramhall. We have to talk about the Green Belt too; it so important to protect access to green spaces.

We need new solutions, new towns and green corridors. We need to build sustainable communities. And we need to build the schools, shops and services to support them. 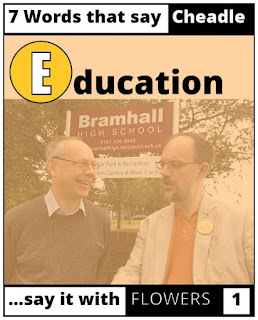 A better Future grounded in the opportunity learning gives. A Fair deal for schools to teach and pupils to learn. Freedom to learn for life not just for tests.

I went to school here. I know Stockport has some of the best schools in the country but they’re not getting a fair share from the government’s funding formula.

Head teachers having to send out appeals for cash, teaching assistant places lost, parents having to pay for equipment. We need to fight for a fairer share. 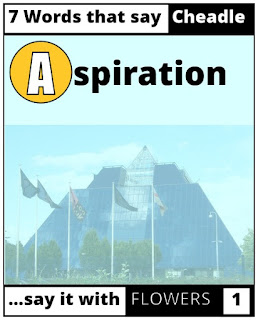 Building a real Northern Power House for the Future where people are Free from poverty and work supports the lives they choose to live.Fair taxes that will pay for the services to support a growing creative economy.

Cheadle’s links to Stockport, Manchester and the airport give us a vibrant modern economy. But since the crash of 2008, Britain’s economy has been broken. People have been hit with inflation while wages have stagnated, and Brexit is only going to make it worse.

We should be looking to the future, thinking about the creative economy and the green economy. How we will enable people to switch to clean electric cars, where that electricity will come from, and how Stockport to take a lead in achieving a Zero Carbon Britain.

Liberals have had a great story on the economy, from free trade to the People’s Budget. Now we have to develop a new Liberal economic story, based on shared ownership and co-operation, that will give people hope for a better future. 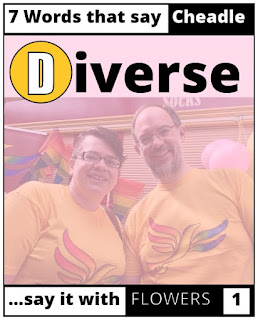 Freedom to be who you want to be. Fairness in equal treatment in work, in law, in life. A Future where no one is enslaved by conformity.

This is Stockport's Lesbian, Gay, Bisexual and Transgender (or just LGBT) Pride, with my friend Holly who helped me organise the Lib Dem presence there. As a member of LGBT+ Lib Dems exec, I’ve been so proud of the work the Lib Dems here have done, from attending Stockport Pride to passing a motion in council of support for Bi-Visibility Day.

Liberal Democrats are great at community politics, and that's why Cheadle has such a wide range of communities: from Zumba classes to the scouts and cadets. From local businesses to neighbourhood watch. Mosque and synagogue, temple and church. Our work can help them all.

But Britain has never felt more divided, with populist politicians blaming migration for the outcome of their own years of neglect.

I remember the way gay people were targeted in the 1980’s, with Section 28 and James Anderton, then Manchester's Chief Constable, treating gay people shamefully. Now the Jewish community, Muslims and trans people are all under attack. That’s why I’ll speak up, to stop it happening again.

We need to work with our community to come together and heal the divisions, so that people once again feel proud of the rights and freedoms that come with being British. 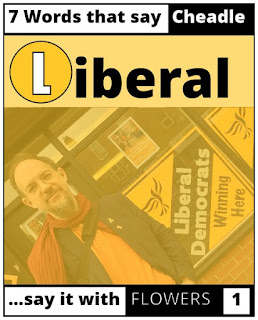 The Freedom to enjoy our shared spaces and shared activities. A Fair sharing of jobs between council and country and continent. A Future that everyone can enjoy in their own way.

Liberal Democrats have made a difference here. It's worth mentioning that we do get the potholes fixed. Just ask anyone the difference between Stockport's roads and Manchester's.

We need to be in the Council to make people's lives better in the streets where they live. Whether it's a stolen bin or a question about a home care plan or the smell from Adswood tip. (And I've helped people with all those things.)

And we need to be in Europe if we're going to deal with the global challenges of climate change and globalisation. 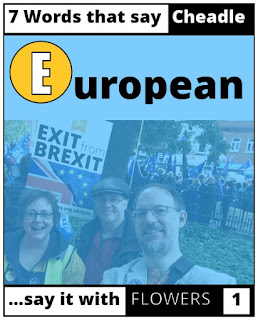 Defending the Freedoms that we won through being in Europe. Demanding Fairness for both 52% and 48%. Looking to the Future of the country beyond Brexit.

We still believe that the freedom to trade and travel, to live, learn and love make membership of the EU something we should embrace.

Democracy depends on people speaking out, it’s why we have an Opposition whose job is supposed to be to do that. That's why Labour are letting the country down. That's why Lib Dems need to stand up for our values.
Cheadle voted to remain in the EU so we have a democratic duty to represent those voices.

Cheadle has seven letters and seven wards. Over the last three years, I have canvassed and delivered in all seven wards in Cheadle constituency, including Heald Green, where I've delivered rounds, knocked doors and spent time with members of the Cheadle Muslim Association.

I have campaigned with Graham and Iain and Keith in Cheadle and Gatley. With Claire in Cheadle Hulme North. With Grace in Stepping Hill. I have canvassed with Helen and Suzanne and Mark and delivered up and down Turves Road in Cheadle Hulme South. On top of that I am Chair of the Bramhall Branch and alongside Jeremy have driven the campaigning in Bramhall North and Bramhall South.

And I've helped out in Manchester Gorton, and I stood in Macclesfield - and that is how I was able to bring people back to Cheadle to help here.

I believe we cannot just fall back on defending the wards we hold. Only working in silos. We need a 7-ward strategy. Or given the possible boundary changes a 10-ward strategy - and we should be campaigning all the way from Bramhall to Heaton Moor.

We are Liberal Democrats. We believe in reaching outward. That makes us stronger.

I believe, if we talk about our values, we can win here again.

If you believe too, please give me your 1st Preference to be your next Lib Dem MP.


Remember: your chance to hear from the candidates and have your say on who will be Cheadle’s next Lib Dem MP will be

I hope to see you there.

As I say, that’s too long REALLY. And would have been better as a series, or as pages on our website or Facebook page.

If you live in London – or even just know any of our potential candidates there – you’ll have seen the EXTENSIVE use of the SOCIAL MEDIA that is being made, so it might be a surprise to you to learn that for Cheadle we were told we couldn’t use it. Or rather we couldn’t use it for anything that identified us as a candidate in the selection, but could for “ordinary political activity”.

And for direct communication, we were allowed a whole TWO emails to the members, which we had to send to the RO first to send them out via the local party’s Nation Builder. We were not to email anyone ourselves unless they emailed us first.

Anyone who has read any Mark Pack will know that this is going to lose you sight of important ways to interact with your correspondents – who opens the email, who clicks on any links and who you can feed back to with more info if they want.

So I think that our selection rules – or the interpretation of them – are going to need some updating here, because we have seen how our rival Parties, particularly in Labour, have made a huge use of Internet campaigning, with HootTube videos and Faceache pages. If our selections are preventing potential candidates showing they are good at these things, we are going to end up being left behind by the votes as Internet dinosaurs.

If you DO find yourself in a selection, DO make sure of your RO’s interpretation of the rules, and press them to make definitive statements at the beginning. Because there is nothing more DERAILING than having to deal with rulings two or three weeks into a campaign demanding you take down parts of your campaign in order to level the playing field with people who haven’t produced material for the modern age.

Labour and Tories are not give us that kind of break. We need to “demand better” from our selection campaigns.
Posted by Millennium Dome at 11:03 am